October 7, 2015 -The first conference on communication and advertising in Lebanon, entitled “Inspiring Passion” was organized by “Front Page Communication” in cooperation with the Lebanese Academy of Fine Arts (ALBA) – University of Balamand, and with the participation of a large number of leaders in the fields of advertising and media, as well as college students of fine arts from Lebanon.

The conference opened with welcome remarks by ALBA Dean André Bekhazi, who talked about the importance of holding this conference in Lebanon at this time, and the importance of the role of creative directors in delivering a message of hope in Lebanon — a country of openness, intercultural dialogue and creativity.
During his speech, Alain Brenas, Director of the Film School of the Académie Libanaise des Beaux-Arts & Director of Advertising and Graphic Design Department has welcomed all participants.

Front Page Communication Chairman Camille Menassa spoke on behalf of organizers, overviewing the field of communication over the past 100 years, a period during which all the modern inventions were made, from the phone all the way to social media; an era when everyone in the world could potentially know everything and see everything, Menassa wondered, “Is this bringing people closer together? Of course, the answer does not lie with technology but with mankind. We have progressed technologically, but we did not grow closer to each other as human beings. The responsibility does not fall on technology but on humans who control it, and thus, those working in the communication sector have the responsibility to possess the right qualifications to ensure that technology would bring people together. ”

The first speaker, Jacques Séguéla, vice-president of “Havas,” a leading Paris-based multinational advertising and public relations company, addressed the new generation of creative directors and employees in the communication and advertising sector, highlighting the seven pillars of wisdom needed in the field of creative advertising: being daring, that is, starting out with determination; having imagination, for an image of snow melting does not represent water, but spring; including the element of surprise, which means announcing something while standing out; prompting laughter, because those who do not laugh are doomed to death; ensuring continuity and sustainability, for they are a measure of real creativity; maintaining integrity by preserving the identity of the product, and the final pillar is the pillar of love and passion, the drivers of success.

The second speaker, Facebook’s managing director for the Middle East, North Africa and Pakistan, Jonathan Labin, was presented by Front Page’s regional director, Sammy Moujaes.
Labin talked about how the mobile phone screen has become the most effective communication tool in today’s world, particularly its ability to display sound and image through video; additionally, social media can target consumers, based on their own personal interests, in a way that benefits advertisers.

Entitled “To Share our Experience with the Generations,” the conference’s first session was moderated by Arab Ad Director-General Walid Azzi, with the participation of: Akram Miknas, Chairman of “Fortune Promoseven,” Edmond Moutran, CEO of “Memac Ogilvy” group, and Mustapha Assad, CEO of “Front Page Communication”.

The second session, entitled “The Evolving Role of Advertising Companies in the Middle East,” was moderated by strategic communication consultant Ramsay Najjar, It included the following participants: Dani Richa, CEO of BBDO, and Joseph Ghossoub, CEO of “Mena Communications.”

Entitled “The Future of Media and Advertising,” the third session was moderated by Ghada Azzi, managing editor of “Arab Ad,” with the participation of: Edouard Monin, CEO of “Stat Ipsos Middle East,” Antonio Vincenti, CEO of “Pikasso,” and Daniel Young, Director at DMS, Choueiri Group.

Photos
Click on the picture to see all photos 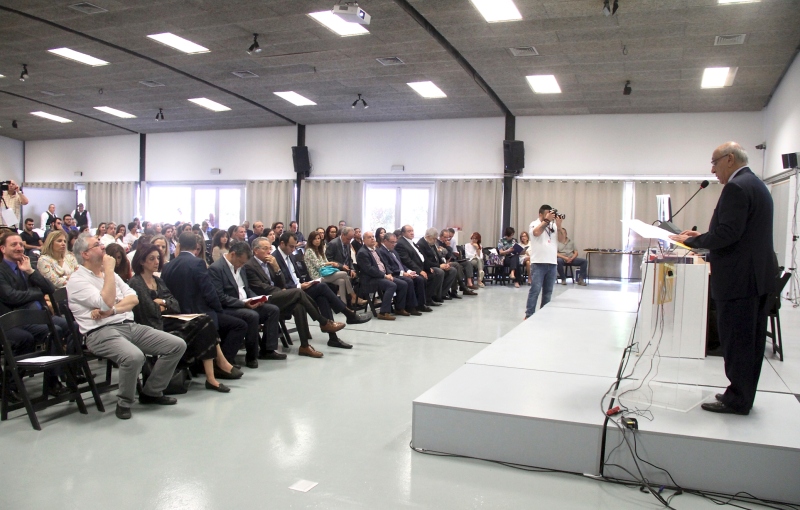